HGH: WHAT YOU NEED TO KNOW Currently a major trend in the world of wellness, Human Growth Hormone (HGH) is a naturally occurring hormone in the body playing a major role in the growth of humans at large. The main reason that HGH has drawn in so much media attention more recently however, is heavily due to its lipid regulation, muscle building, and anti-ageing claims.

Supplement trends of HGH first sky rocketed in the sporting industry, with athletes using (and likely abusing) it to attain a certain lean body mass and enhance their physical performance. Nowadays, HGH has etched its popularity among the everyday person, with people using it left, right, and centre for its professed health claims.

Today, we are going to un-pack the truth behind the substance discussing everything you need to know on HGH, why it is a sudden supplement trend, and how you can get it naturally.

Produced by the anterior pituitary gland in the brain, HGH is a rather large protein molecule made up of approximately 191 amino acids. Secreted by cells known as somatotrophs, HGH is one of the most important building blocks for all the bones and muscles in your body.

HGH levels will vary throughout the day, with most (75%) produced during sleep. Although most abundant within growing children and adolescents, HGH is still required for your health as an adult because from the age of around 30 your body’s natural levels can be reduced by up to 80%!

When the human body experiences any type of damage such as that from oxidation, physical injury or UV radiation, some type of growth is always required in order to heal. The affect that a lack of HGH can therefore have on the body is significant, as ageing is merely the result of your cells inability to regenerate the way they once did.

Due to the complexity of the human growth process, several different hormones are required in order to facilitate this. The main action of HGH in this process is actually in the production of another hormone known as Insulin-Like Growth Factor-I (IGF-I). This hormone acts on target cells to implement both bone and muscle growth, allowing the indirect affects of HGH to transpire.

The highly coveted actions that HGH has on protein, lipid, and carbohydrate metabolism is perhaps one of its more beneficial properties. The increase of protein synthesis it promotes helps to build muscle, while its enhancement of triglyceride breakdown lowers body fat percentage. For this reason alone it has become the new buzz word of the health industry, with claims that it will help sculpt your physique and reduce excess weight. HGH is currently a supplement trend with people using it in the hope it will provide them with metabolic and anti-ageing effects. Medically, HGH is mainly used to treat children who are not meeting the usual growth parameters, and its administration from the doctor will always be given intravenously (via injection). This begs the question as to whether or not the new supplementation types actually work, as they are all required to pass through the liver detoxification processes if taken orally, therefore reducing HGH’s efficacy.

Some side effects when using HGH supplementation have also included muscular/joint pain, elevated cholesterol levels, fluid retention, and skin numbness or tingling. For this reason, unless you have been given HGH by your doctor for a specific reason, supplementing HGH on your own accord may not be safe to do!

How to get it naturally

Research has shown that if you are trying to increase your HGH levels for a generalised effect on your overall health, there are many other safe and easy alternatives. These include:

Enjoying a balanced diet rich in a variety of plant and animal protein sources, to ensure that you are receiving all of the required amino acids to support the natural production HGH, its release. So what’s the take home message for HGH?

Although amazing on paper, it appears that the actual anti-ageing, weight-loss and muscle building affects of HGH are a little more complicated than initially thought!

The issue with the HGH propaganda is that its strong claims can lead to people taking uncontrolled amounts, while trying to attain a certain physical image. The side effects of HGH supplementation are also not as highly emphasised as they should be, building this idea of complete safety for the consumer.

Unless you are taking or receiving HGH as directed by your Doctor, the best (and safest) way to improve your own HGH production is by the previously mentioned lifestyle changes instead. Simply eat less sugar, exercise more, have your dinner earlier, optimise your sleep, and keep that diet balanced! These are just daily implementations that work towards building a better lifestyle in general, whilst also providing the body with the HGH it needs. Essentially the take home message for HGH is more about creating sustainable healthy living. Making a habit out of implementing those natural HGH enhancers into your daily routine is something your body will only thank you for! 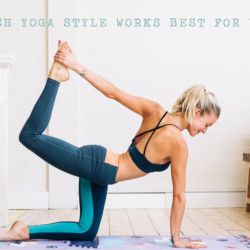 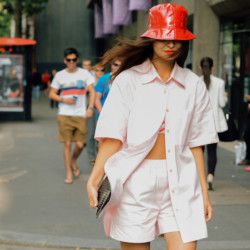