What am I doing in this picture? I’m burning a million* calories a minute. (*ok, so that’s a slight exaggeration).

So as I’ve mentioned, I’m on a huge health kick this year to try and get my body, fitness and strength back to what it was before it was bashed around by the cancer.

I’ve been training with Ashley McLachlan from Flite Fitness and he’s been slowly getting me to increase the length and intensity of my sessions.

I had to have a couple of weeks off because I was knocked out by the flu but I’m feeling better now and so I’m back on track. Marcus and I were training together which was excellent, but with my work schedule being so different to his, we’ve had to abandon that for now, which is a shame, but I have continued training solo.

This week we did outdoor sessions which was a circuit comprising sprints, ropes, weights, lunges, squats, kettle bells and agility training. Ash has a strong background in training athletes (imagine what a come down it must be to go from athletes to me!) so he incorporates a lot of the stuff those guys do into my training which I really like because it’s different and trust me it works.

Having been a personal trainer many years ago I’m familiar with a big range of exercises but one thing I’d never done before was the ropes. Known as battling ropes or power ropes, they’re basically heavy ass ropes that you shake up and down! Sounds easy, right? It is. For about 10 seconds and then you feel like your arms are going to fall out of their socket. One minute feels like an hour and three minutes feels like a decade. It is tough, but the feeling when you’re done is incredible.

The ropes are incredibly effective – given that they can burn and tone at the same time, plus you need the endurance to keep the motion up. And as they can weigh anywhere from 8 – 20kgs, you are really working it!

I’ve slowly been getting better at the ropes but it’s taking time. I can definitely see and feel a difference in my arms. Holding Annabelle, my handbag and the shopping all at the same time is getting easier and I think I can see a bit more tone in my arms too (hurrah!).

A few people have been asking me for Ashley’s details – so here they are:

For the people who have had cancer and reconstructive surgery, and were specifically asking me about Ashley’s understanding of what we’ve been through and what we can and can’t do – let me tell you that Ash has studied and is well versed in the limitations surrounding recovery post surgery and he’s very careful to work within that while still trying to help you achieve your goals. 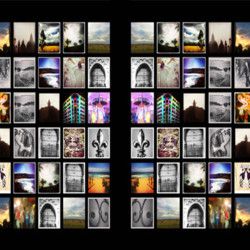 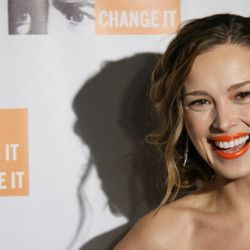