Lisa Messenger is one of those women that you can’t help but admire and aspire to be like. She’s got game, is determined and embodies everything a #girlboss should. Having worked in a number of industries, successfully starting her own magazine Renegade Collective and most recently, releasing her book Daring & Disruptive we couldn’t think of anyone better to provide us with some inspo.

We caught up with Lisa to talk about her business flair, creative energy and what advice she’d give to people starting out in the industry.

SWIISH: We all know who you are but how would you describe yourself?

SWIISH: We’re so excited about your new book, Daring & Disruptive! LOVE the title btw.  What motivated you to write this?

LISA: Thank you. There has been a lot of fascination about the launch of The Collective and how someone with no magazine background whatsoever could launch a magazine in such a big way into a “dying” industry.  I felt I owed it to our community to tell some of the story behind the story and demonstrate that anything truly is possible. SWIISH: What’s the best business tip you were ever given?

SWIISH: What have you had to sacrifice in order to get where you are?

LISA: Nothing really. I have managed to create a pretty good work life balance. I haven’t had kids yet, but watch this space…

SWIISH: You’ve made some incredibly courageous moves both in business and life. What do you fear most and how do you overcome it?

LISA: I don’t have a lot of fear.  The reason being, in almost 13 years of having my own businesses there is little that hasn’t presented itself to me, and we’re still standing. So I have surrounded myself with an amazing team so that when potential scary situations present themselves, we can deal with them together swiftly so they don’t become unmanageable.  My only fear right now is growing old too quickly – I have much to do.

SWIISH: You would have had a lot of naysayers when you launched Renegade Collective – what did they say to you? What did you say back to them?

LISA: To be honest, I really didn’t let anyone much know that it was happening before I launched it for this reason.  I knew nobody would really be able to grasp the magnitude of what I had in store.  I have really consciously chosen to surround myself with people that support me and my vision and lift me higher.  When you’re going this big this fast, I just can’t afford to have negative naysayers around me. SWIISH: Who are some of your role models both in business and in life, why?

LISA: I just spent four days on Necker (Island) with Richard Branson.  They were some of the most incredible days of my life. He has been one of my greatest inspirations for his “screw it, just do it” attitude.  Meeting him and getting to know him just cemented for me what a truly great entrepreneur and human he is.

SWIISH: What advice would you give to those who look up to you as their role model?

LISA: Use me as a springboard but make sure you create your own journey and do it your way.  And remember absolutely anything is possible. I believe that every single person on this planet is equal. You just have to stay open. There are opportunities everywhere. SWIISH: How do you ‘pay it forward’?

LISA: I think and hope that the Collective is one of the greatest ways of paying it forward.  The whole mandate is about helping people to realize their potential by showcasing the real story of individuals and brands from all over the planet. The print magazine is now in 35 countries 18 months after launch. I do loads (at least four a week) of speaking gigs motivating people to do whatever they want – the sky’s the limit.  I also mentor a number of people.  And I hope that in writing Daring & Disruptive it will inspire a number of people to follow their dreams (we sold 10,000 within 4 weeks so it seems to be having a bit of an impact.)

SWIISH: What does the phrase/notion of ‘having it all’ mean to you?

LISA: To me its all about living a holistic lifestyle encompassing work, play, love, family and friends.  I think I finally have this figured out pretty well.  Besides work is not work to me – I’ve created something that I absolutely love and affords me incredible experiences, the opportunity to meet amazing inspirational people and to travel the world.  My partner Jack is also a great entrepreneur so this enables us to really get each other and have some wonderful support and balance. SWIISH: What’s your favourite saying, why?

LISA: ‘Anything’s possible’ – because it really truly is. I believe it in every cell of my body.  Another favorite right now is ‘It’s not the big that eat the small but the fast that eat the slow’. I’m a big believer that anyone of any size can tackle any industry if they have some tenacity, self-belief and a bit of business acumen. SWIISH: Do you believe in brutal honesty or sometimes lying or omitting truth to spare someone’s feelings?

SWIISH: You love to travel – what’s next on your hit list and why?

LISA: I literally got back four days ago from one of the most incredible trips of my life so right now its hard to top that. I spent 6 days in Santa Monica, 6 days in the Bahamas and then 5 days on Richard Bransons private island, Necker (4 of which he was there for). It’s got to be the most incredible place I could ever imagine on earth.  Next I’m off to Thailand in December.  I’ll definitely be back to Necker within the next six months.

LISA: Just do lots of it!

SWIISH: What’s one thing you wish everyone would do more of? SWIISH: What’s the one food you love so much that you would still eat even if you dropped it on the floor?

LISA: Anything from Nobu in Malibu – we practically ate there every night on our recent trip. It’s my fave restaurant in the world right now.

SWIISH: Can you share a selfie with us that totally embodies who you are? You can get your copy of Daring & Disruptive here. 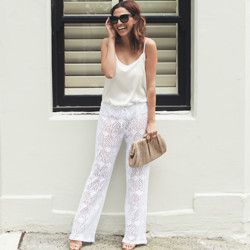