The 8-hour diet works off the premise that it’s not what you eat that’s important, but when you eat. Although it sounds like a passing diet fad, there’s scientific evidence behind it and a strong following of advocates who say that it’s worked for them. Former editor of Men’s Health mag David Zinczenko wrote the book The 8-Hour Diet: Watch the Pounds Disappear Without Watching What You Eat. The main rule to follow is pretty simple – for at least three days a week, only eat during an eight-hour period and fast for the other 16 hours. You can eat whatever you like during the eight hours. Zinczenko says that this gives your body a chance to take energy from your fat stores, something your body doesn’t have time to do if you’re constantly grazing. As well as helping you lose weight, the 8-hour diet claims to lower your risk of diabetes, heart disease, cancer and Alzheimer’s. It sounds like a fad that promises a lot, but the book does promote healthy dietary habits in addition to the fasting rules.  For example, it encourages you to do eight minutes of vigorous exercise before eating in the morning to turbocharge your metabolism. It also recommends that you eat “fat busters” with “health boosters”.

But most importantly, no food is strictly off-limits. If you have a craving you can indulge in it as long as you do it at the right time. Many who have tried this diet say this is why it was successful for them. Because nothing was banned, they didn’t have as many cravings, and because they could essentially eat what they wanted, their diet was more successful. If you try it, let us know how you go. 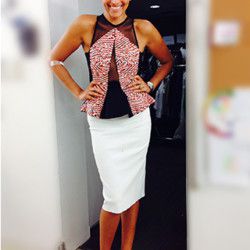