A RALLY FOR A CAUSE A few years ago, my sister Maha embarked on a car rally with a difference. It was the first of its kind for the Cancer Council and was aptly named The Shitbox Rally – because it involved driving shitty cars worth less than $1,000 each across the Australian outback in an effort to raise awareness and funds for the Cancer Council.

For Maha, not only did the rally help to raise money and awareness, but it led to so many friendships and bonds formed through a community who wanted to take action and fight cancer together. Though it’s a heap of fun, the rally is no easy ride (pun intended). It’s a week in the outback, dirt road driving, river crossings, dealing with car issues and breakdowns, camping every night, and showering with locusts and frogs (yep…). If you’re sitting there and thinking ‘yeah… this sounds like one for the boys…’ Maha will wholeheartedly tell you that it’s one for the ladies too. As much as she prides herself on having learned what an alternator is, she especially loved the days where everyone dressed up in costume (trust us, it’s a sight to see a few hundred people dressed as Elvis driving through remote outback towns).

But the best way to know if you’re up for this kind of adventure is to do a mini-version of the Rally, which the creator of Shitbox Rally, James Freeman, started up this year. It’s called Mystery Box.

The best thing is that the Mystery Box rally is shorter in days and distance compared to the Shitbox Rally – but packed with way more mystery! You get to see a wonderful part of Australia with a great group of people and take off on an epic journey to an unknown destination. It’s exciting, challenging and rewarding. To break it down, anyone across Australia or overseas can fly into the starting point, bid on a mysterious vehicle with monopoly money and take part in the adventure to secret destinations for five days. And if you’re a little worried about all of the mystery, just know that the whole thing is stress-free with incredible help from support teams. They’ll look after you and keep you on the road so you can enjoy the journey. Ladies, there really is no excuse. You don’t need to have a mechanical background or any rally driving experience. You literally just wake up each morning with no idea where you’re headed or what kind of car you’ll be driving. Just take a leap of faith and see where the road takes you!

The dates for the 2015 Mystery Box include:

Registrations close on 31st October 2014, so get in quick sticks so as not miss out.

By participating in the Mystery Box Rally, you can help to raise vital funds for cancer research. So get your mates together and get involved; you’ll have a ball and be helping to save lives at the same time.

For more info and to register, head to the Mystery Box site here. 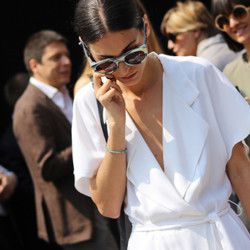